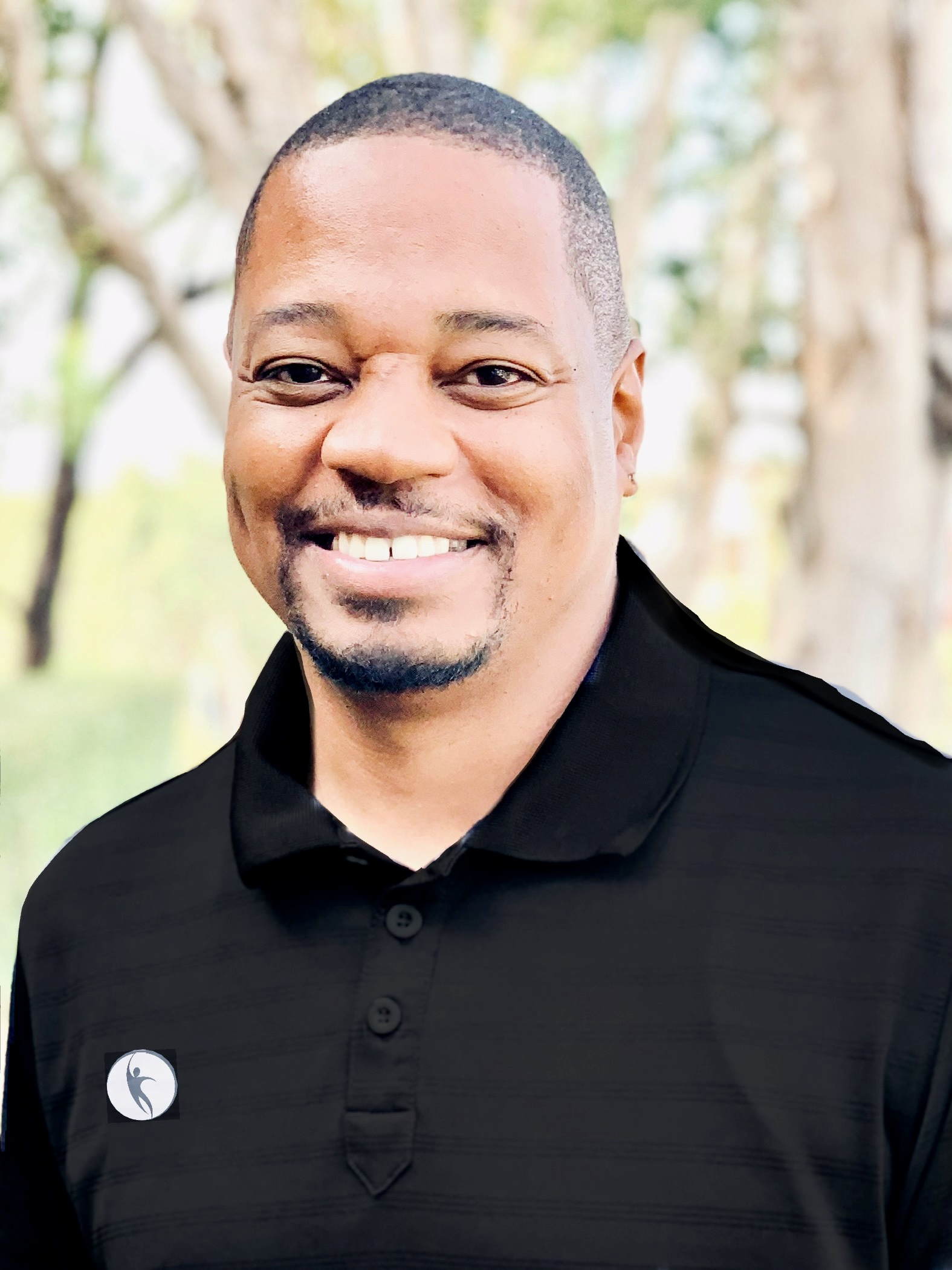 Jay Tatum, M.S. is a Mental Performance Consultant and Licensed Marriage and Family Therapist (LMFT). Jay played college football at Utah State and graduated with a Bachelor of Science degree in multidisciplinary studies with an emphasis in Sport Psychology. After a successful college career, Jay played Arena football for the San Angelos’ Stampede and the Billings Outlaw's Organizations.  At the completion of his professional football career, he began coaching at a University high school in Irvine, where he served as the Offensive Coordinator for three years before taking on the role of Assistant Head Coach and Defensive Coordinator. His football coaching career advanced to the next level when he was named the Wide Receiver coach at Golden West College. His success at Golden West CC led to his role at The Factory as a wide receiver specialist coach for NFL combine pre-draftees.

Through his work at OC Sport Psychology, Jay consults using evidence-based practices to help rehabilitate emotionally after injury,  deal with performance anxiety and deliver mental skills training at the individual and team levels. He enjoys working with a variety of sports  (e.g., basketball, tennis, football, lacrosse, baseball, and soccer)  and brings a wealth of knowledge to all ages and skill sets.  Jay's passion is to train athletes to reach consistent high-level performance while finding more fulfillment in their sport. 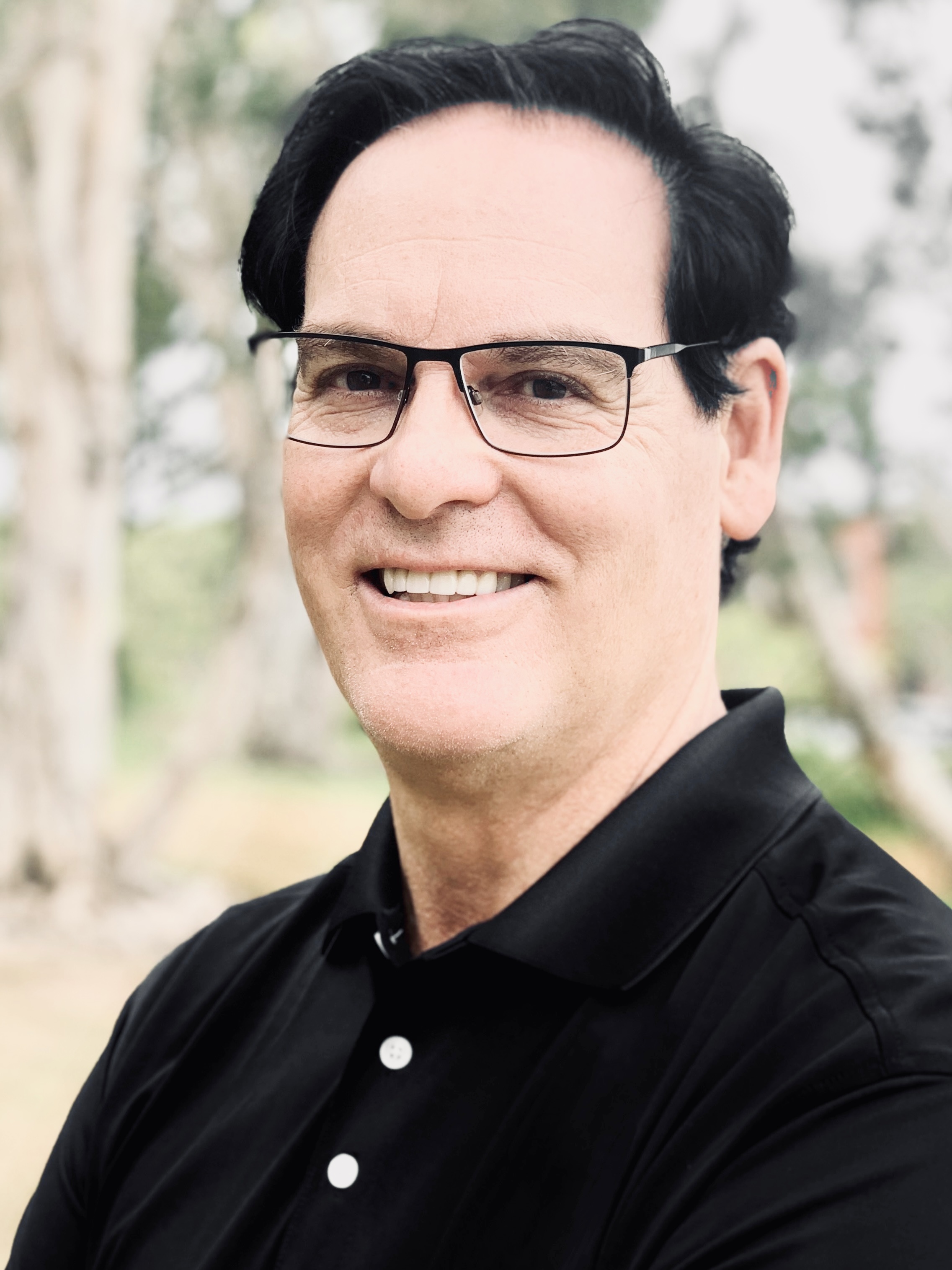 Dr. Marc Dutch is a psychology post-doctoral fellow and mental performance consultant. He enjoys working with individuals, parents, coaches, staff, and teams to improve performance and enjoyment, manage challenges and setbacks, and deal with injuries and sports transitions.  He conducts speaking engagements and psychoeducational workshops for businesses, schools, coaches, and teams.

A Southern California native with a long history of working in business domestically and internationally, Dr. Dutch earned a Ph.D. in psychology at the University of North Dakota and completed his American Psychological Association (APA) clinical internship in behavioral health psychology.  Previously he earned a master’s degree, with honors, in counseling at California State University Long Beach, where he also took a series of courses in sports psychology.  Growing up, he played several sports such as volleyball, golf, and tennis. He became an accomplished soccer player at a young age and found himself competitively surfing his senior year at San Clemente High School. He continued at the University of California Santa Barbara, where he was a starting surf team member, winning three successive national collegiate titles.  After sustaining a season-ending injury in his third year at UCSB, he completed his bachelor’s degree at the University of California Irvine.

Dr. Dutch is a member of several psychology and sports psychology organizations.  He is passionate about working with athletes and people to reach their full potential.  Currently, he is working toward completing his hours to become a licensed psychologist and certified sport psychology consultant (CMPC). 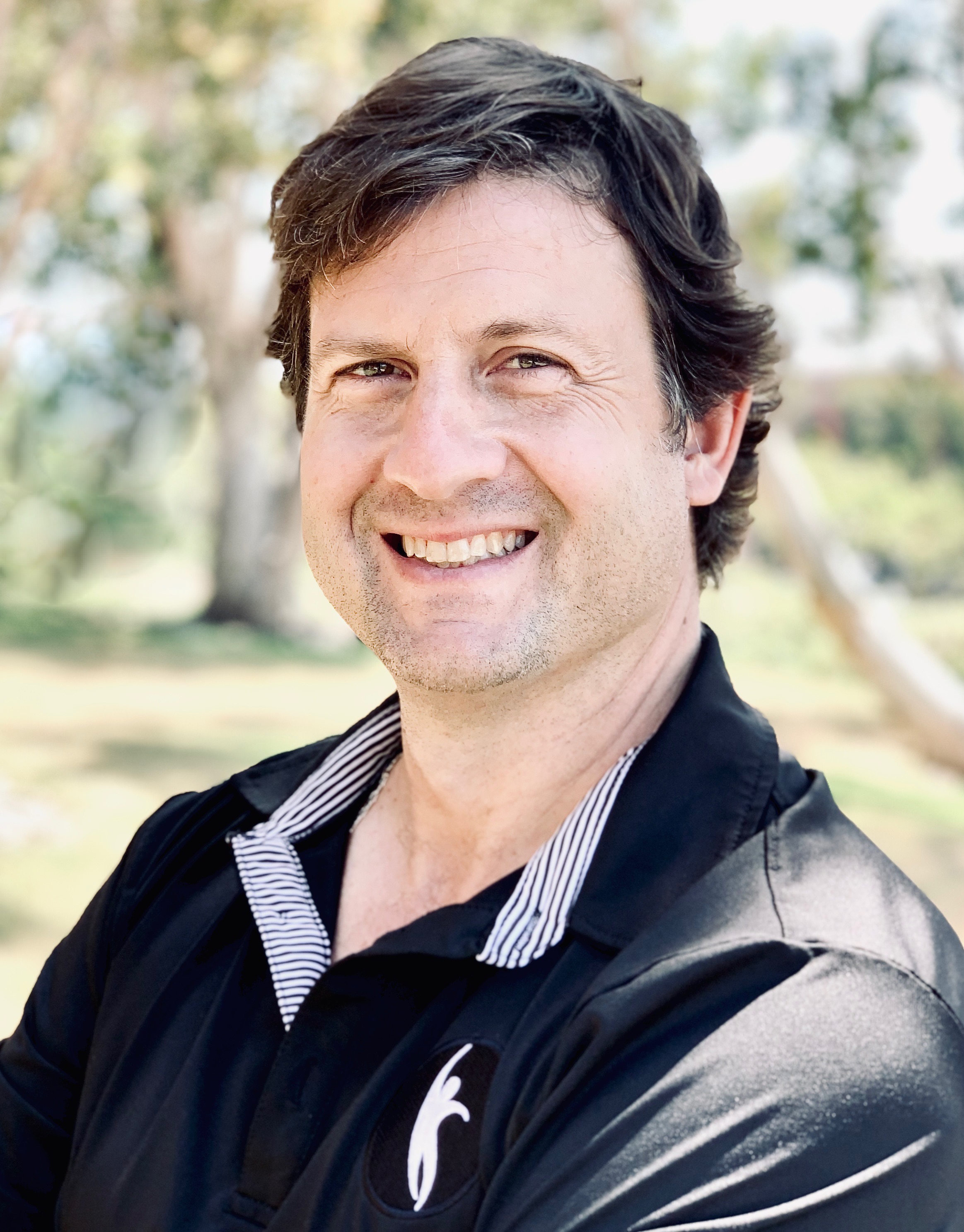 Dr. John J. Carroll is a Licensed Clinical Psychologist and Certified Personal Trainer.  Dr. Carroll has worked with athletes of all ages as a trainer, coach, and psychologist. He began his career playing football and baseball at Phillips Academy, Andover, and then Amherst, moving into coaching thereafter. He coached high school football and college baseball before moving on to the Dragon Athletic Conditioning program for 4 summers in Eastern Massachusetts as athletes prepared for high school, college, and pro careers.  Dr. Carroll became a certified personal trainer in 2004 and created his holistic programs, classes, and workshops for clients in Los Angeles, CA.  In 2012 he began his doctoral program, where he gained clinical experience for his pre-and post-doctoral work in drug and alcohol addiction and treatment in Los Angeles.

His first sport psychology book 'How to Play the Best Game of Your Life' was released in the fall of 2022.    In 2018, Dr. Carroll was part of the first online program to serve Veterans in coordination with the Veterans Administration, working with combat and disabled veterans who were struggling with mental health.  Dr. Carroll performs workshops with teams, gives lectures and works one on one with athletes. He is still active as a certified personal trainer, enjoys running marathons, helping athletes build up their skill sets, and is an avid musician.

As a former collegiate athlete, Aaron understands the advantage that proper mental skills can provide during game-time performance. During his time playing football and rugby, Aaron dedicated a significant amount of time to honing his mindset to maximize his success as an athlete. He has since incorporated these skills along with Evidence-Based treatments into his role as a Therapist and Mental Performance Consultant at OC Sport Psychology.

Aaron began his career working on his undergrad in general psychology before earning his Master's Degree in Clinical Psychology from Azusa Pacific University. Currently, he is a doctoral candidate and is working towards his certification as a mental performance consultant (CMPC). Aaron specializes in solution-focused therapy, where he teaches the principles of solution construction for goal-oriented outcomes. While working with collegiate and youth athletes, Aaron utilizes these methods coupled with OC Sport Psychology’s “mental game and baseball's 6th tool" training approach to ensure his clients will consistently operate optimally, whether at the plate or on the mound.

His expertise and therapeutic approach are particularly useful for athletes who encounter performance anxiety and slumps, drawbacks with coaching, or inconsistencies with confidence. During his free time, Aaron enjoys working with charity organizations. Most notably he recently cycled across the US to raise funds to bring clean water to disadvantaged countries.

Aaron also provides seminars for OC Sport Psychology, partnering with a variety of Sports and clubs within our local community. Presentations commonly focus on Mental Health + Sport Psychology and are customized to fit the needs of the particular sport/team. 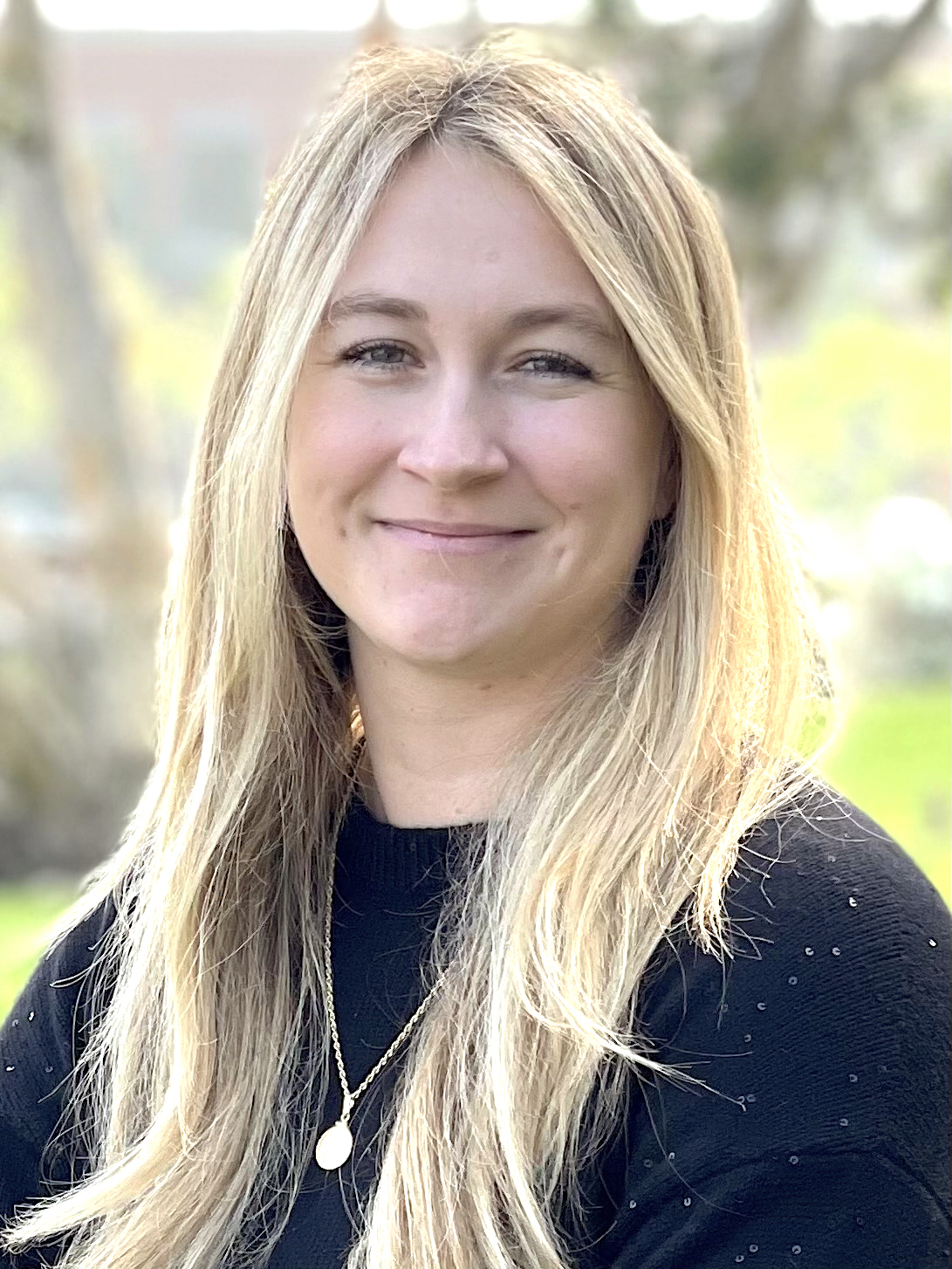 As a multi-sport athlete, Elise competed in soccer, basketball, softball, and alpine ski racing.  She played with the Olympic Development Program (ODP) and won two state championships in soccer and one in basketball during her high school career. She is an experienced youth coach in ski racing and soccer and has coached on the individual level as well as in group settings. As a therapist, she combines her personal experience from playing high-performance sports, coaching, and various strategies she's developed as a mental performance consultant to deliver unique insight rooted in assisting athletes to reach their performance goals.

Elise earned a bachelor's degree in kinesiology at the University of Kentucky with an emphasis in exercise physiology. She is currently attending Azusa Pacific University while completing her doctoral degree in psychology and working toward her certification as a Mental performance consultant (CMPC). In particular, Elise is interested in psychophysiology and the use of biofeedback to enhance performance. She uses Cognitive Behavior Therapy (CBT) in her consultations and has a particular interest in working with ADHD throughout the lifespan.

Elise also conducts seminars for OC Sport Psychology, partnering with a variety of Sports and clubs within our local community. She provides presentations for Mental Health + Sport Psychology events. She discusses topics that are centered on understanding and maximizing the mental game within sport performance and how to turn obstacles into your edge 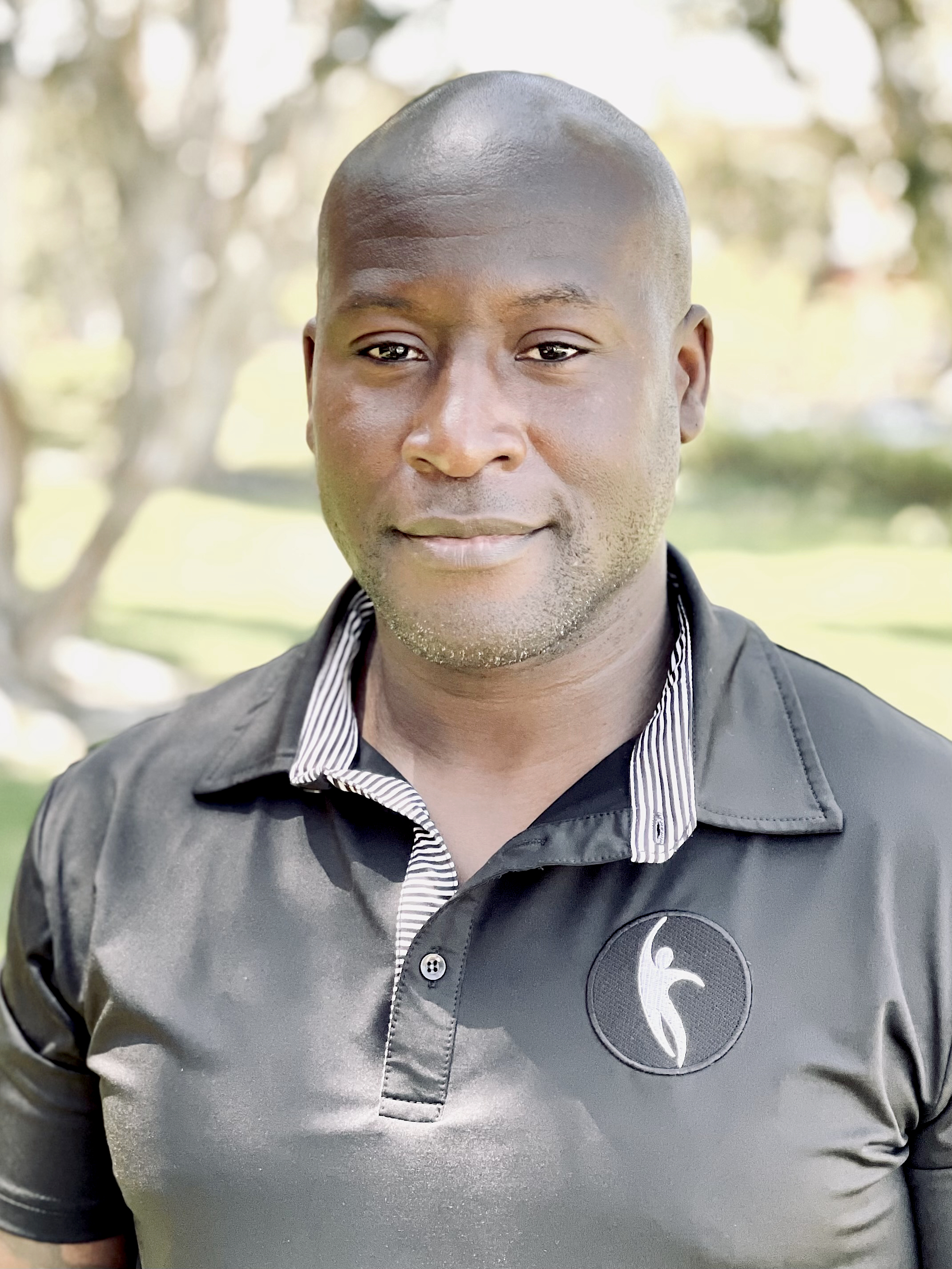 Kojo Arhin, M.A. is a registered Psychological Associate. He provides consultations with individual athletes and teams. Kojo earned a master’s degree in sport and exercise psychology and is a doctoral candidate in clinical psychology with an emphasis in sport and performance psychology. Upon completion of his doctoral degree, Kojo intends to become licensed as a psychologist. He is also a certified mindfulness practitioner.

Kojo has worked with hundreds of athletes around the country over his 13-year career as a coach and consultant. He enjoys helping individuals, teams, coaches, and parents with developmental strategies to optimize their performance when under pressure. Kojo’s passion is to help athletes and performers unlock their potential. 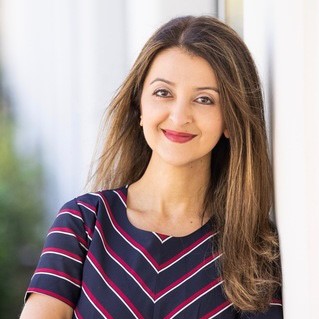 Dr. Wager serves as an independent contractor with OC Sport Psychology and is available for Neuropsychological Testing and psychological and/or Psychoeducational assessments. 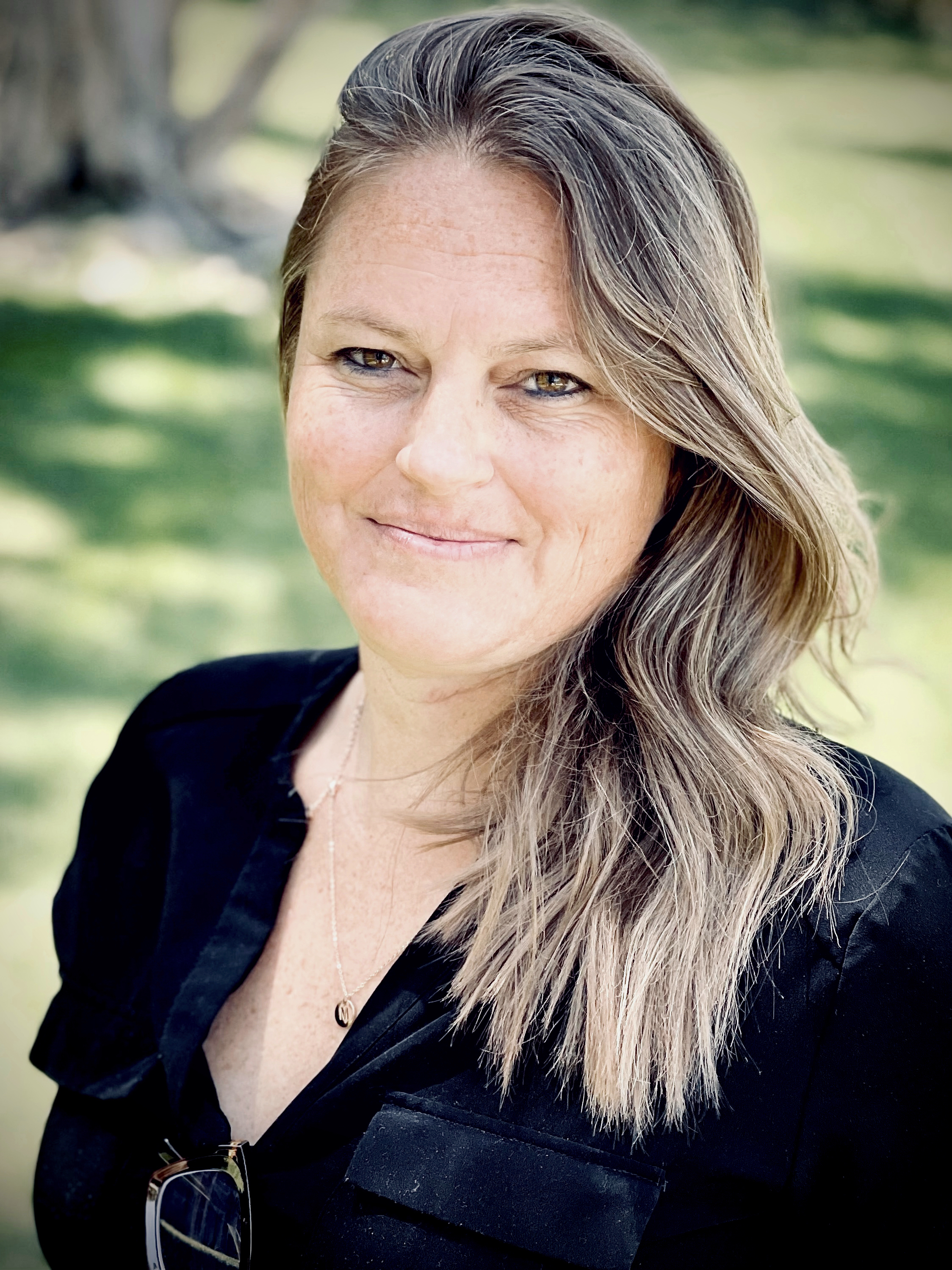 Melissa brings over 25 years of administrative experience to OC Sport Psychology. Combined with a life-long love of sports, she provides a high level of expertise and service to our clients. Growing up as a multiple high-level athlete herself (platform diving which culminated in interest from UCLA), she understands the complexities and rigors of training and the effects they have on body, mind, and soul. Her training in the medical field as a Surgical Technologist and an Office Manager for a Pediatric group has given her valuable hands-on experience.  Working behind the scenes she creates a warm comfortable environment for all.

Melissa has three sons, two of whom have played high-level sports.  Her oldest, a southpaw, pitched for his varsity high school baseball team and graduated from the University of Utah. Her middle son received multiple scholarship offers to play Lacrosse, ultimately choosing a private university in the Midwest.  Melissa continues to utilize her unique creative talents and gifts to help facilitate and oversee day-to-day procedures of OC Sport Psychology. 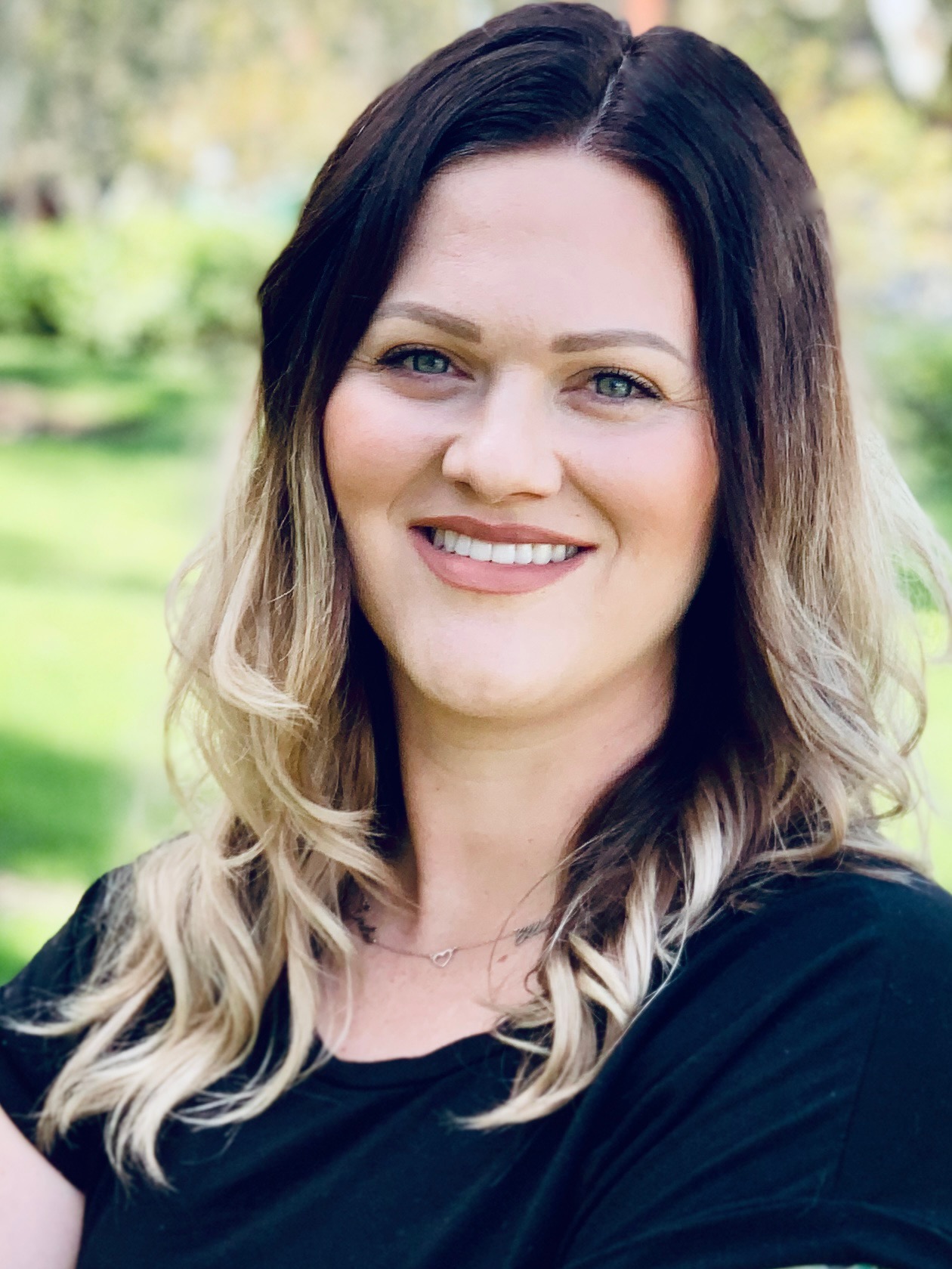 Renee earned a bachelor's degree in Behavioral Science at Cal State University of Dominguez Hills before attending the University of Southern California to work on her Master of Social Work with an emphasis on mental health.  After changing degree paths, she began working in the medical field on the front lines in an acute medical facility.  She gained a wealth of knowledge and experience working with people in need of care and treatment across all spectrums: mental, physical, and emotional. Having played Softball for many years she has a great understanding of what it takes to work hard and achieve on and off the field. She's an avid sports fan and enjoys going to local games with her family. Caring for people has been a lifelong passion that ultimately led her to plant her feet at OC Sport Psychology. Renee contributes her experience to the team by reaching people where they are at by offering her superb care to our clients. 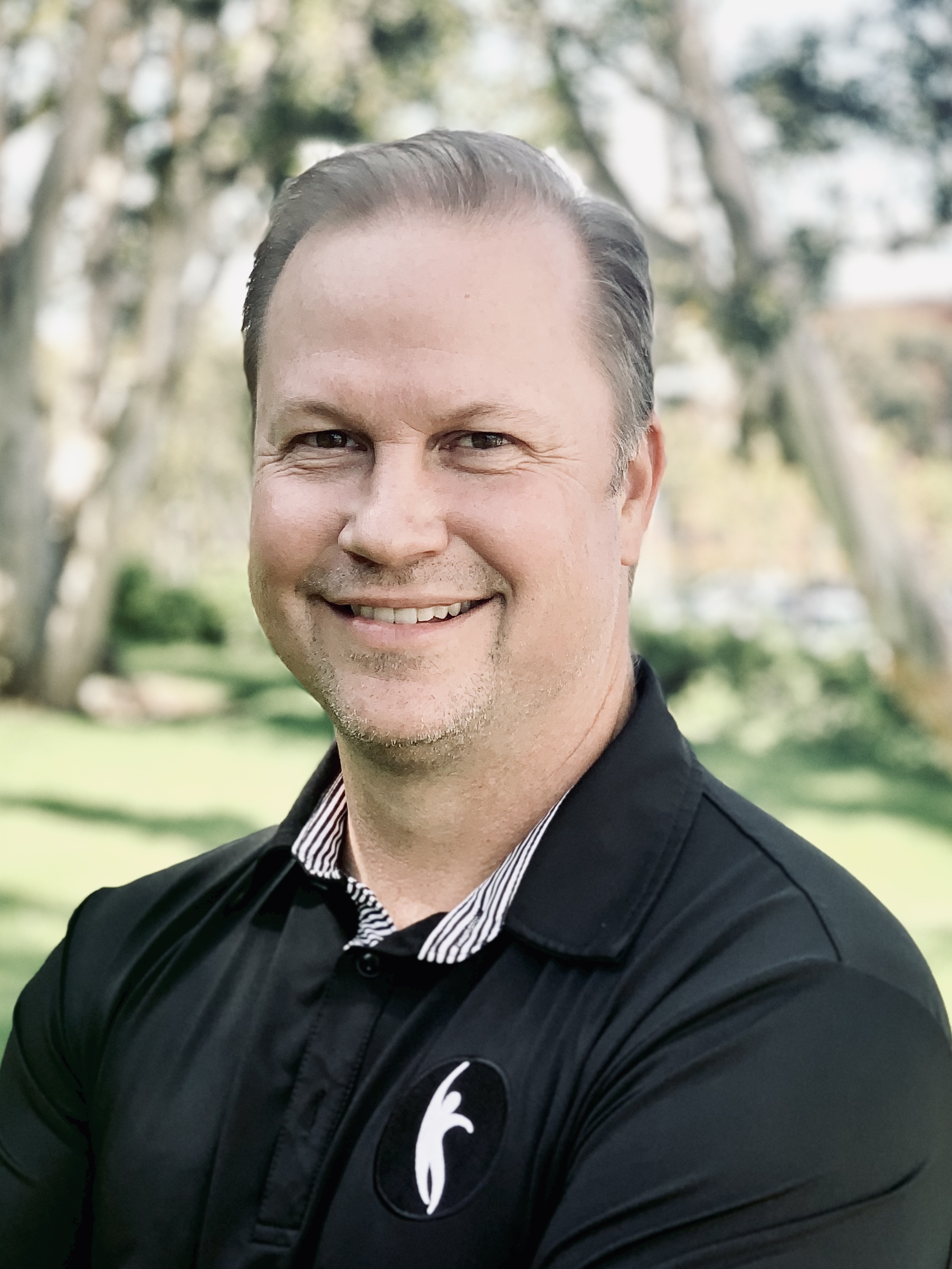 Dr. Strack serves as an Assistant Clinical Professor, University California, Riverside School of Medicine, and founding faculty, UC Riverside sports psychiatry fellowship. Dr. Strack also serves as the team sport psychologist for OC Soccer Club (USL). Dr. Strack is the author/editor of the sport psychology book “ Applications of biofeedback and neurofeedback in sport psychology ” (2011). He is a former Division I college baseball player and founding partner of Proball Inc., a private baseball academy. During the 1999 and 2000 MLB seasons, he was the batting practice pitcher for the Los Angeles Angels of Anaheim. From 1999 to 2004, he was hand-picked to pitch in the MLB Players’ Association and ESPN’s Big League Challenge Home Run Contests where he was the personal pitcher for Barry Bonds, Alex Rodriguez, Raphael Palmeiro, Jose Canseco, Shawn Green, Magglio Ordonez, Andruw Jones, and Troy Glaus. 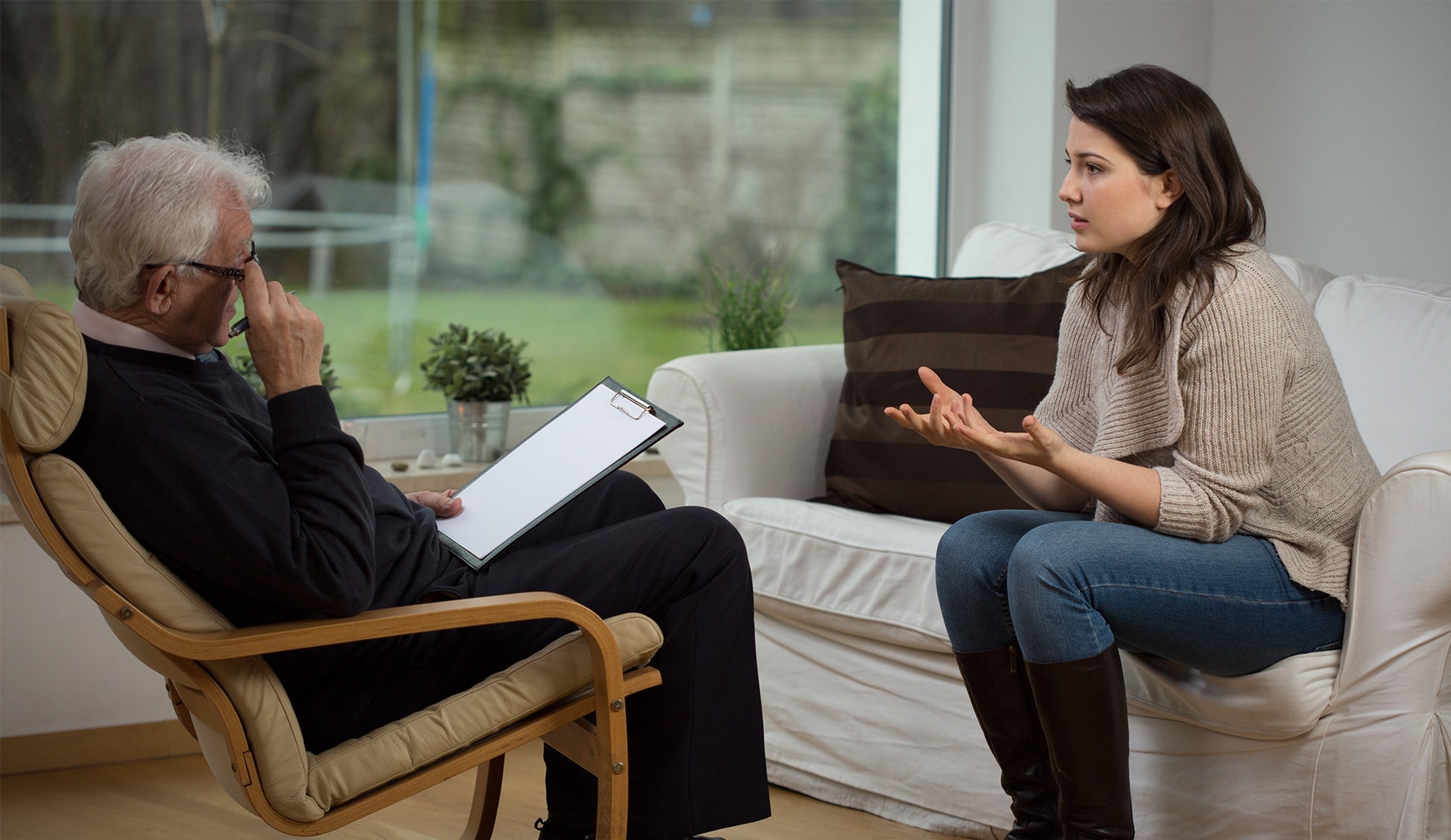